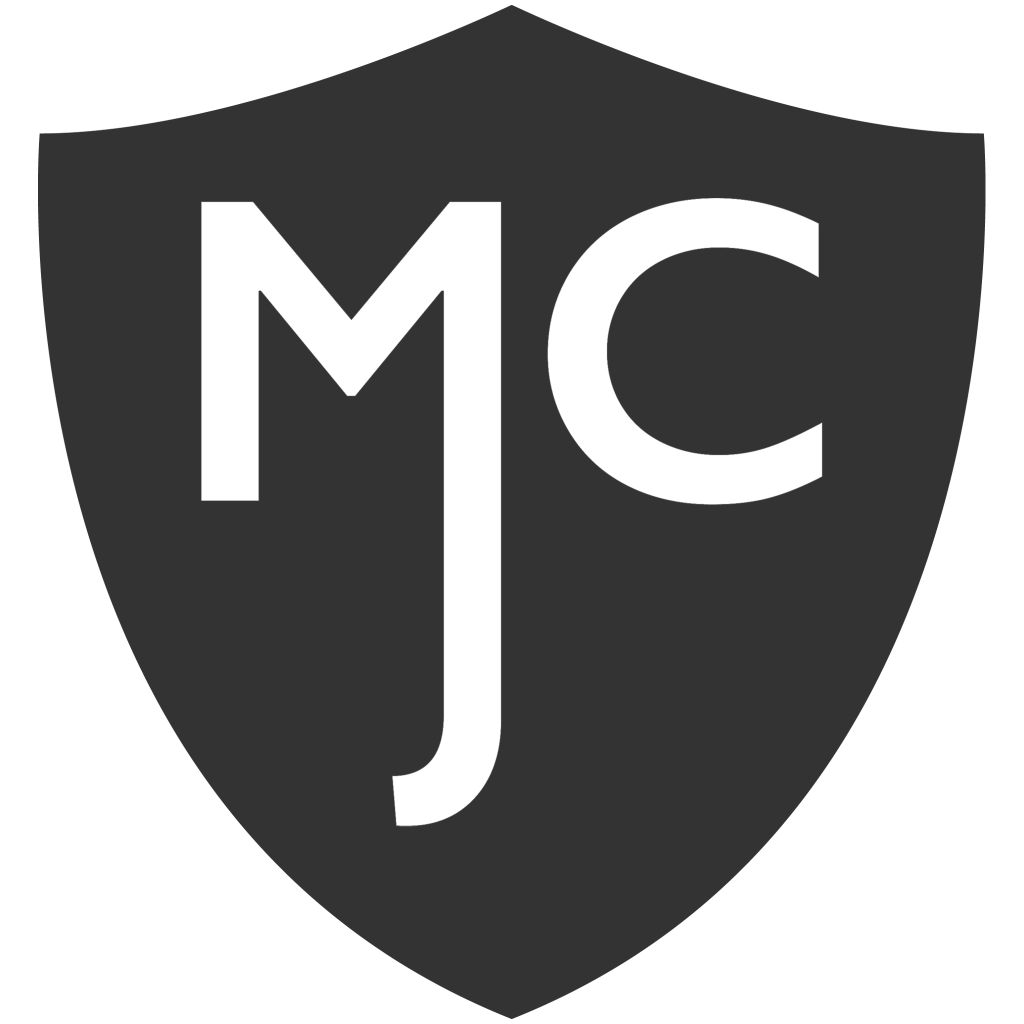 Drug testing violates every person’s core Privacy and Due Process Rights set forth by the Fourth Amendment of the Constitution. These programs have increasingly been used to justify discriminatory policies against people who use cannabis—especially minorities and people of color. In the 1980s, the Reagan administration began to heavily promote workplace drug testing with the same type of false propaganda that has always been used to manipulate the public, even today. 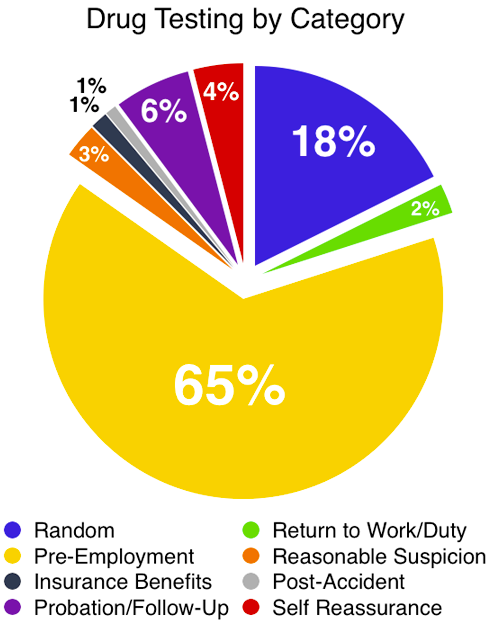 Drug testing proliferated from safety sensitive jobs to non-safety sensitive jobs in a short amount of time. After gaining the public’s trust with engineered lies and false claims, politicians created financial incentives for companies to create and enforce the pre-employment drug test—where you are presumed guilty until proven innocent for no reason. Today, suspicionless drug testing of public high school students regularly takes place and doctors throughout the nation are using “medication contracts” to force their patients (many of them veterans) into taking a urine drug test in exchange for medication.

Racial discrimination and drug testing is an issue that needs attention in the United States. After normalizing over a decade of our drug test submission data with an Ethnic Population Distribution Report and then cross-referencing with labor force characteristics from the Bureau of Labor Statistics, it has been determined that, at the national level, if you are Black or African-American, then you are nearly 1.3 times more likely to be drug tested for any reason, including random. In some states, such as California, Colorado, and Kansas, minorities and people of color are drug tested up to 3 times more than White people. These findings corroborate with the well established fact that on average, a Black person is nearly four times more likely to be arrested for marijuana possession than a White person, even though both groups use marijuana at similar rates. Information along with a detailed state-by-state analysis between ethnic groups and drug testing can be found here. 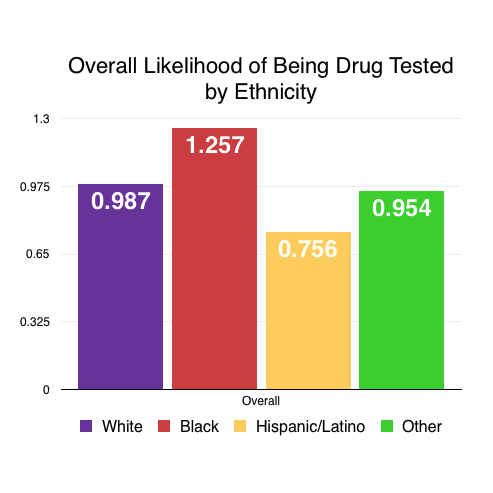 Based on our data and research, it has been determined that the average person who smokes cannabis once has a failure rate of 50% at 12 days. It is also the only substance on the standardized SAMHSA 5 Panel Drug Test (used throughout the country) that can be detected for more than several weeks. This is due to the non-polar, hydrophobic nature of cannabinoids at the molecular level. When consumed, the fatty tissues in our bodies attract and soak up these molecules, and then slowly release them back into the blood stream over time for metabolization. This, unfortunately, ensures a very long detection window that has been exploited for capital gain. Without drug testing for cannabis, which doesn’t prove if a user was under the influence at the time of the test, the pharmaceutically owned, six billion dollar drug testing industry that exists today would collapse.

Protect the Spiritual use of Cannabis

An Entheogen, literally meaning “generating the divine within,” is any psychoactive substance that induces a spiritual experience and is aimed at spiritual development.

This is a United States Federal law that “ensures that interests in religious freedom are protected” and that the “government shall not substantially burden a person’s exercise of religion even if the burden results from a rule of general applicability.“

Reasons Why People Use Cannabis

As people stepped through the Marijuana Drug Test Calculator, they may’ve inadvertently navigated to the Nonviolent Criminal brand, where under quasi-blind experiment, they were given an option to choose why they use cannabis. These are the overall details: 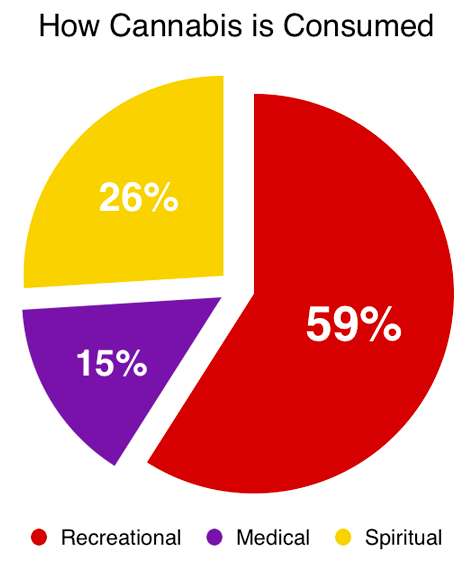 For clarification, this means that one out of four people who consume cannabis in the United States claim that they do so primarily for Spiritual Use—even when given the option to choose Recreational Use. It is also important to realize that there are more people using cannabis for Spiritual Use than there are people using cannabis for Medical Use. Although Recreational Use garnered the remaining 59% of the respondents, it should be known that the term “recreational” is nothing more than a “label” that mass media coined in order to continue its campaign to demonize a natural herb while thieving pharmaceutical companies champion and promote the use of cannabinoids.

Cannabis and its Spiritual Track Record

Cannabis use within religion has been traced back to Spiritual Texts dating 3000 BCE and beyond, and is recognized as an entheogen by countless Spiritual Leaders throughout history—from the Dalai Lama, Shiva, Buddha, to Jesus and the Rastas, by many more since then and now, and by the Spiritual Leaders that will inevitably exist in the future. There is undeniable evidence that within the United States, millions of people exercise their right to use cannabis in their spiritual practice. In addition to the First Amendment, it must also be acknowledged that people are granted protections by the Religious Freedom Restoration Act which applies “to all Federal law, and the implementation of that law, whether statutory or otherwise” including any Federal statutory law adopted after the RFRA’s date of signing as an “act to protect the free exercise of religion.“

Cannabis is a Sacrament

Cannabis has been used as a tool for spiritual enlightenment in religion for thousands of years. Because it is a sacrament, it’s protected by the First Amendment with additional safeguards provided by the Religious Freedom Restoration Act. It is the people’s right to be able to use cannabis within the privacy and safety of their friends, family, and homes.

Warrantless drug testing is a violation of the Fourth Amendment with programs that are invasive, unproven, expensive, and discriminatory. Not only that, when applied to an entire nation through pre-employment drug testing and by other dragnet testing programs, it becomes a burden to the free exercise of spirit and religion to the millions of people living in that society. This is a clear violation of the First Amendment. Additionally, because this is a burden resulting from an unconstitutional rule of general applicability, it is also granted protections by the Religious Freedom Restoration Act.

With the wave of reformation that is taking place across the nation with the acceptance of cannabis, it is time to uproot the discriminatory practices of the last century and bring an end to cannabis drug testing as a condition of eligibility for employment, school-based extracurricular activities, and medical attention. No one should be punished for using a natural herb that heals and nourishes the mind, body, and soul.